The aim of the Shipton Volunteers is to maintain, enhance and improve aspects of the village.

There are two morning sessions held each month and participation is welcomed for just part or all of each session. Tasks performed are varied and accommodate all levels of energy and skill. It’s a great way of meeting new people.

The scheduled dates for 2023 are as below, but are subject to change:

If you would like to join us or learn more about the Volunteers please get in touch with Carole Arnold.
Telephone: 07545 475560
Email: carole@caa-accounting.co.uk

On Friday 23rd, eight of us met to tidy up the bushes around the New Beaconsfield Hall and to clean and remove branches away from various road signs near to the hall. On the Saturday four of us tackled some more road signs. We did a circuit from A361 Ascot Road junction, along Mutton Lane, Five Ways, down Plum Lane and back up Mawles Lane. 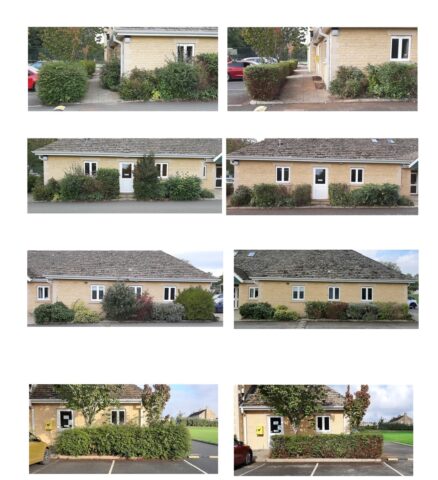 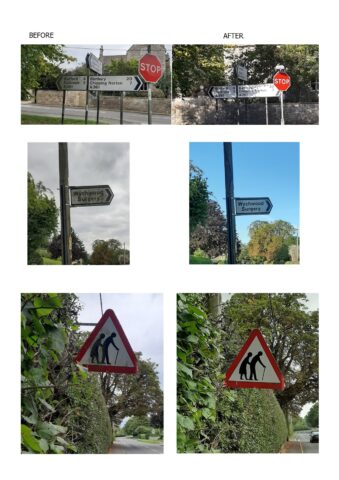 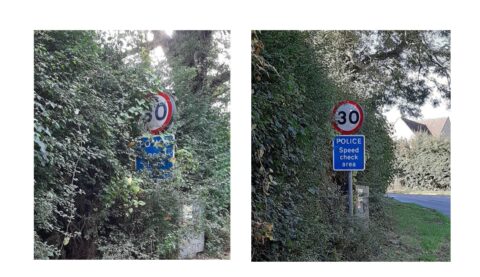 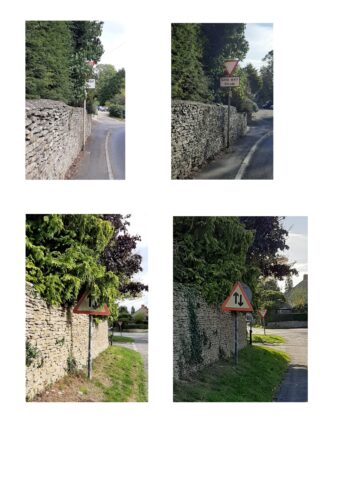 During these two months we did four sessions weeding round the village: 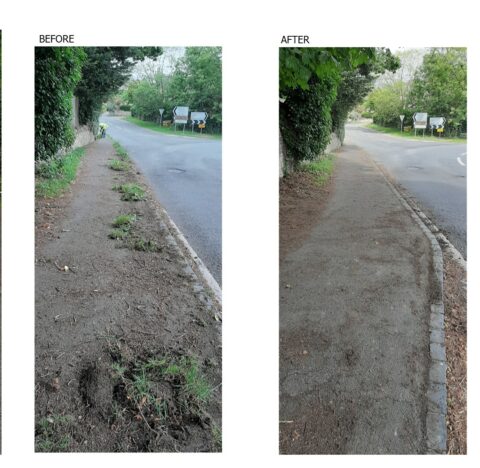 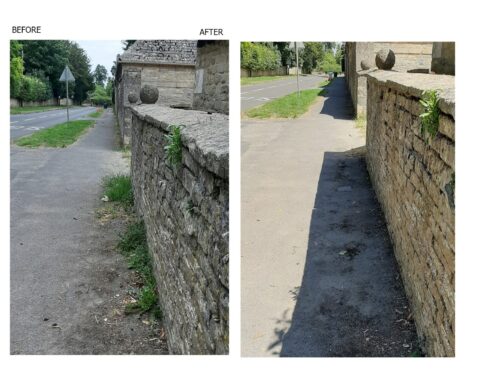 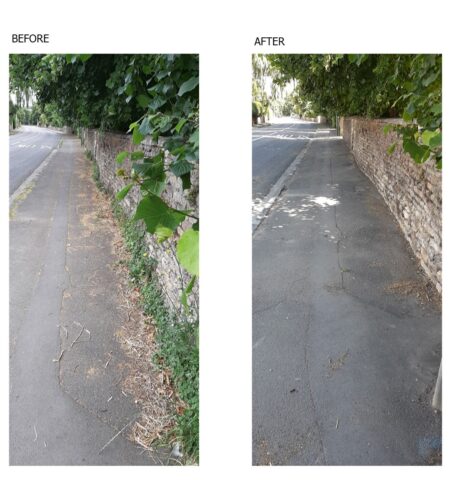 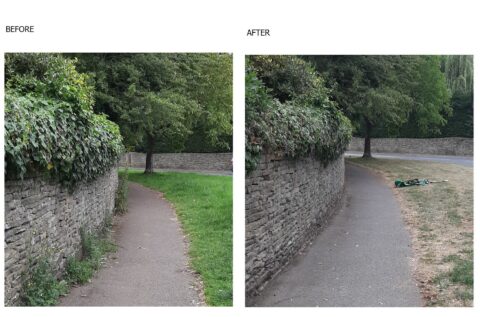 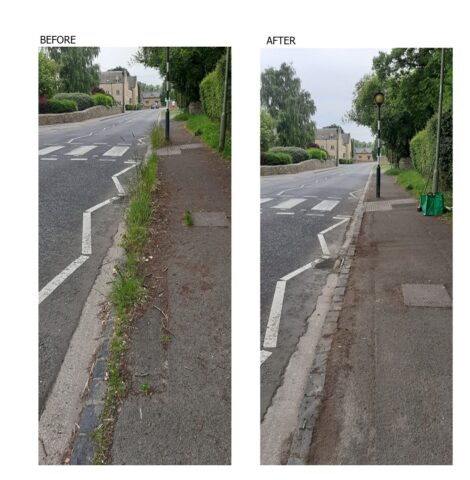 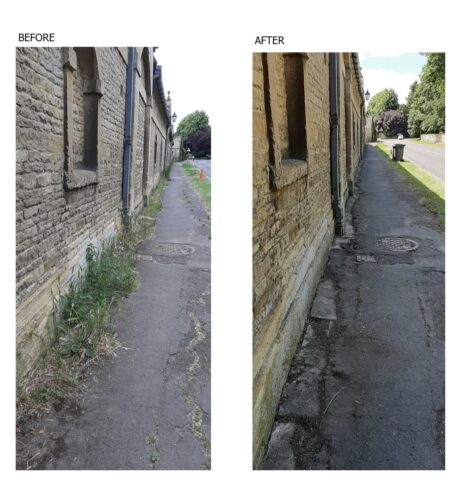 On Saturday six of us met in the church grounds. Time was split between the two sides of the Church Walk. On the cemetery side, some of the graves were weeded, along with a general tidy up. On the other side, the wood chipping pile created from the fallen tree , were spread out under the trees. 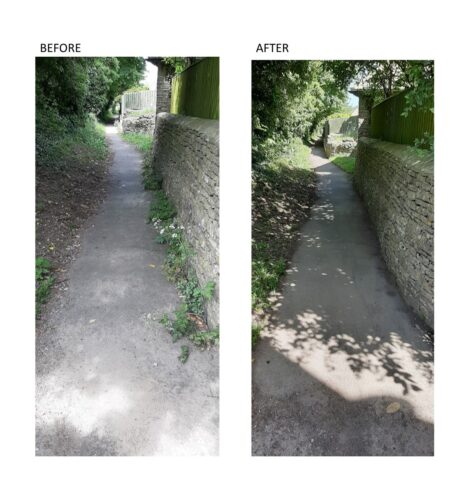 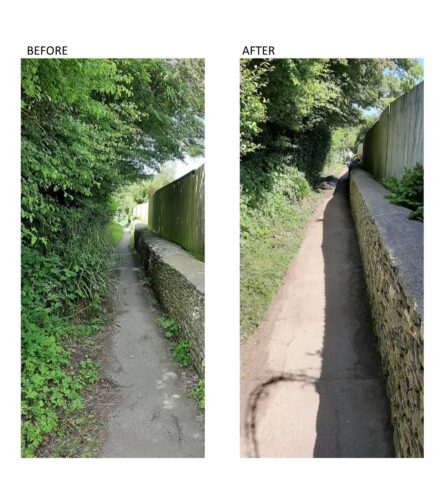 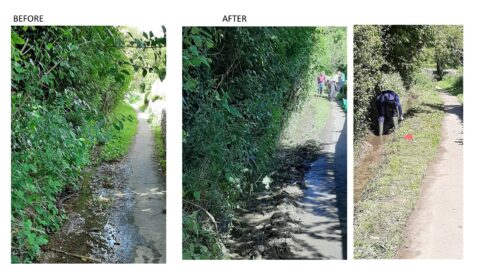 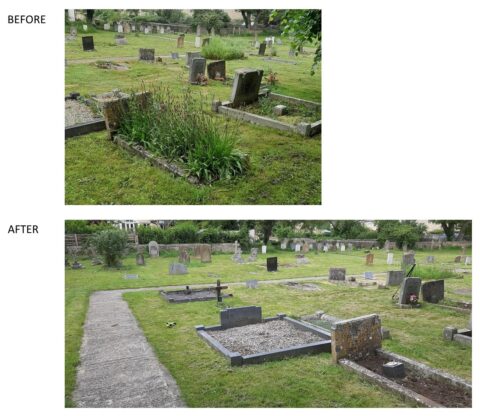 On Friday ten of us met to do the litter picking, we collected over 20 bags of rubbish and covered Station Road from Lyneham junction, around NBH/Meadow Lane, A361 from Tall Trees to Upper End, Ascot Road/Mutton Lane, Leafield Road and B4437 from A361 junction towards Swinbrook Road.

On Saturday 5 of us met at the allotments and got rid of all the rubbish we had accumulated from previous volunteer activities, either on the bonfire or in the skip. We also had a general tidy up around the compost bin area. 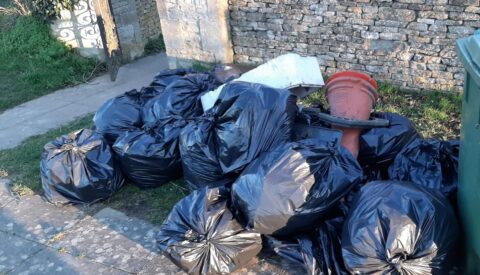 Friday eight of us worked along Swinbrook Road. We trimmed back hedges, ivy and brambles from the lower end of the roadside, a stretch we have managed to keep on top over the last few years. We were also able to work on some of thick ivy growing by the allotment entrance, an area we have struggled to get to recently.

Saturday seven of us worked down Mawles Lane. We started at the top end and worked down the hill. The main objective was to re-widened the road by shovelling back the mud that had dropped from the roadside over that last few years. We managed to scrap back a good 1 metre on both sides of the road. We also trimmed back loose over hanging branches and cleared around the upper drains. 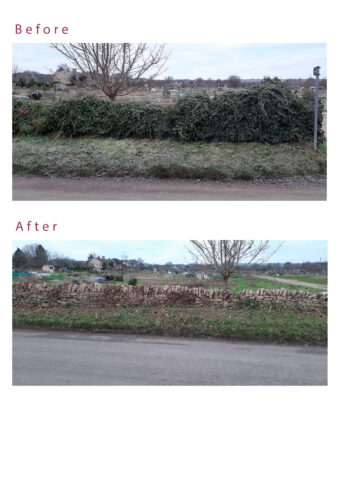 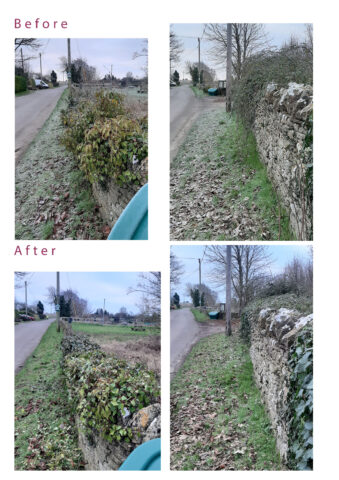 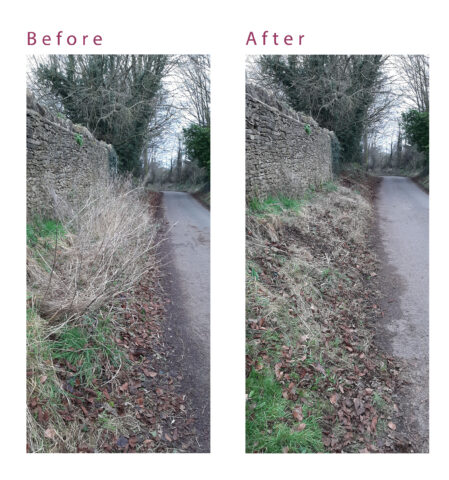 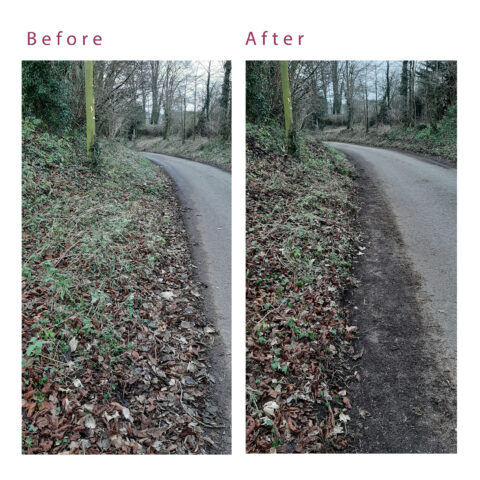 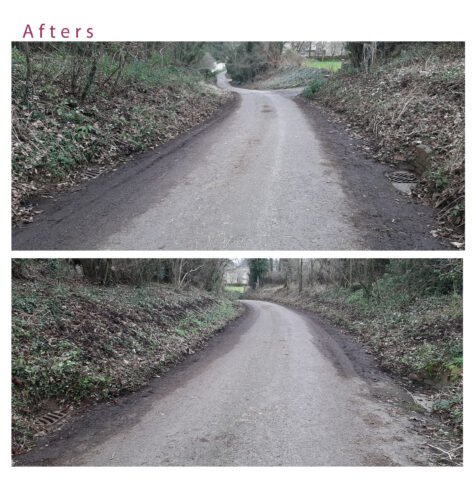